If you plan to visit the town of Vicenza to attend the “Van Gogh, Between Wheat and Sky” exhibition — the major monographic exhibit ever dedicated to Vincent Van Gogh in Italy — at the Palladian Basilica, and you are a watch enthusiast, you may also like a beautiful exposition of pendulum clocks that you will find just few steps away, under the arcades of the iconic building designed by famous architect Andrea Palladio.Stefano Soprana, a third-generation watchmaker (his grandfather established the business in 1910) and a highly regarded expert in his field, created a boutique dedicated to pendulum clocks and ancient timepieces, a sort of permanent exhibition considering the high quality pieces that you can find here. 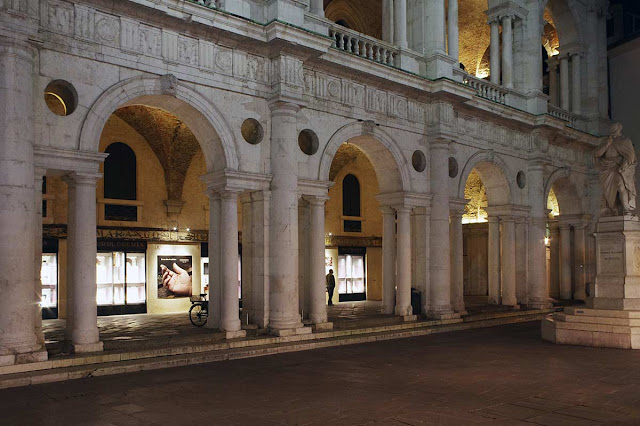 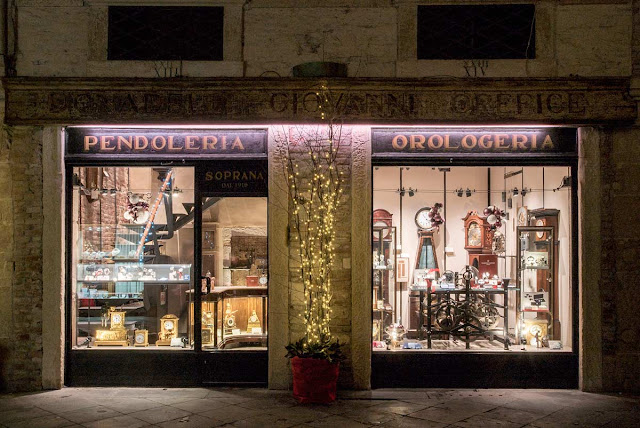 We were particularly impressed with an important precision clock of museum quality with brass/steel gridiron pendulum and indications of day, date and equation of time created by the great watchmaker Ferdinand Berthoud in the late 18th century (circa 1785). 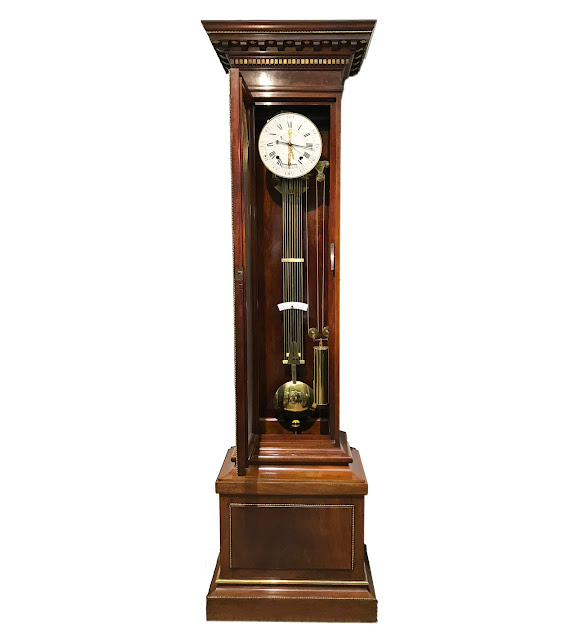 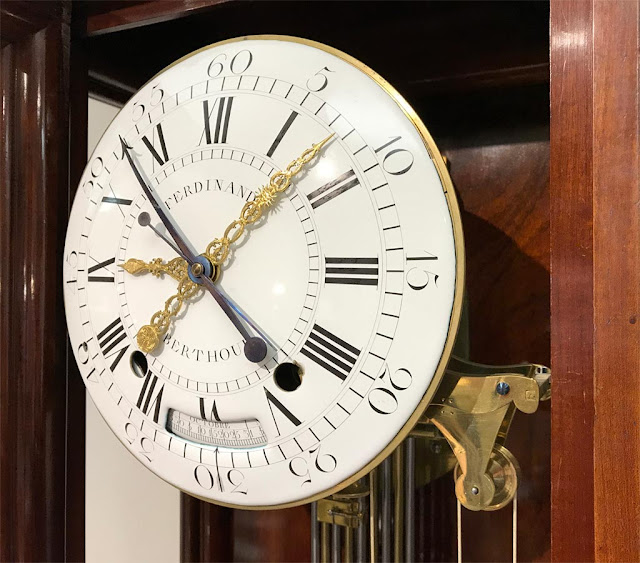 Several other outstanding pieces are exposed. It is worth to mention a rare pendulum clock dating back to 1790-1810 characterized by a richly decorated trapezoidal case crafted from walnut wood and framing a painting representing the town of Sarntal (or Sarentino in Italian) a small municipality in South Tyrol in northern Italy. Its mechanics is particularly remarkable for its 365-day power reserve! 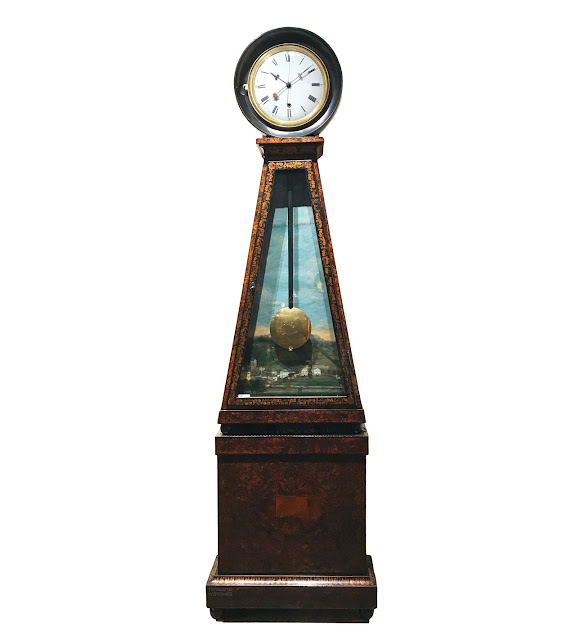 Without pretending to write the history of pendulum clocks, which is long and complex, we will here take the occasion to quickly retrace some of the key events marking the evolution of these timekeepers, which played a pivotal role in the history of watchmaking.

While he was a medical student, Galileo Galilei (1564-1642) discovered that a swinging weight exhibits isochronism by noticing that chandeliers in the Pisa cathedral had identical periods (or almost identical, we should say) despite the amplitudes of their swings. And, even varying the driving force for the pendulum, its period was not affected. 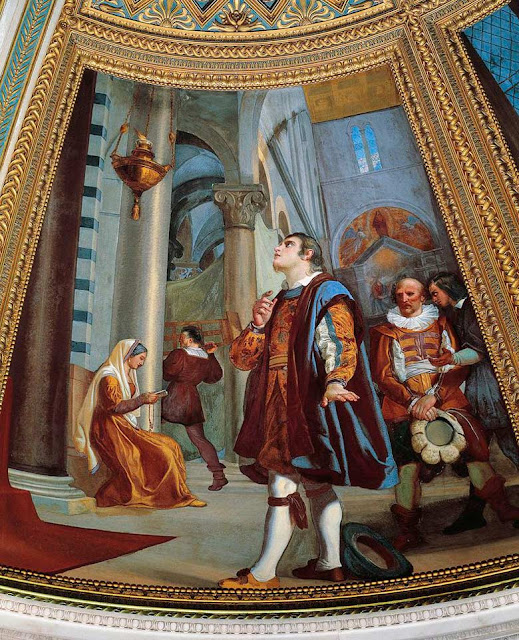 Galileo Galilei watching a chandelier swinging back and forth at the Cathedral of Pisa. Fresco by Luigi Sabatelli (1772-1850). Courtesy of ThoughtCo

Galileo discovered that the period of a pendulum varies as the square root of its length and is independent of the material of the pendulum bob, the mass at the end.

At the end of his life he devised a scheme for using a pendulum to regulate a mechanical clock but he died before he could develop his vision. 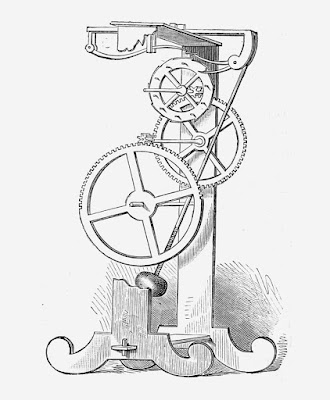 The pendulum clock as it was conceived, but never completed, by Galileo Galilei – circa 1637

Inspired by Galilei’s discoveries, it was Christiaan Huygens (1629-1695) who built the first reliable pendulum clock as we know it on Christmas 1656 and patented it the following year. A harmonic oscillator, the pendulum swung back and forth in a precise time interval dependent on its length so acting as the timekeeping element of the clock.

Huygens tried to create a marine chronometer that could take advantage of his invention but all trials failed. In fact, pendulum clocks must be stationary to operate; any motion or accelerations will affect the motion of the pendulum, causing inaccuracies.

The pendulum clock was a breakthrough in timekeeping increasing the accuracy of clocks enormously, from about 15 minutes per day to 15 seconds per day and became the world’s most precise timekeeper for the next 275 years until the 1930s. Huygens contracted the construction of his clock designs to clockmaker Salomon Coster in The Hague, with a local patent. He was less successful elsewhere: Pierre Séguier refused him any French rights, Simon Douw of Rotterdam copied the design in 1658, and Ahasuerus Fromanteel also, in London. 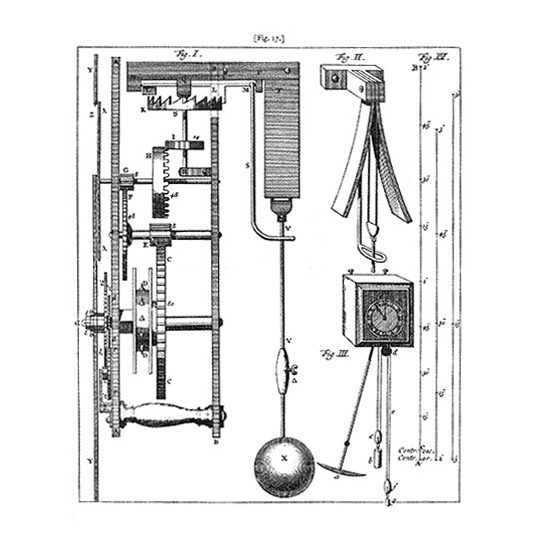 A pendulum clock and its mechanism, drawn by Christian Huygens in his Horologium Oscillatorium (1673). The upper part of the pendulum swung against two curved metal cheeks, known as cycloids, on every stroke. Courtesy of Huygens’ Hofwijck

In addition to inventing it, Huygens continued his research on pendulums and wrote, in 1673, an extensive analysis of the pendulum in his book Horologium Oscillatorium, a major work on pendulums and horology, which is regarded as one of the three most important works done in mechanics in the 17th century. While the first part of the book contains a description of clock designs, the most part of the book is an extensive analysis of pendulum motion and a theory of curves.

Spring driven pendulum clock, designed by Huygens, built by instrument maker Salomon Coster (1657) with a copy of the Horologium Oscillatorium book on display in Museum Boerhaave in Leiden, Netherlands. Courtesy of Rob Koopman

Huygens realized that wide swings made the pendulum inaccurate, causing variations in the driving force provided by the movement. Nonetheless, due to their verge escapements, the early clocks still had wide pendulum swings of 80–100°.

Understanding that only pendulums with small swings of a few degrees are isochronous, British scientist Robert Hooke (1635-1703) invented the anchor escapement which reduced the pendulum’s swing to 4–6°. The anchor became the standard escapement used in pendulum clocks. In addition to increased accuracy, the anchor’s narrow pendulum swing allowed the clock’s case to accommodate longer and slower pendulums, with the advantage of needing less power and causing less wear on the movement.

(a) Verge escapement mechanism used by the clocks in Huygens’ experiments. The scape wheel is mounted horizontally and rotates through connection to an external energy source (not shown). The teeth of the wheel engage with the pallets attached to the verge, which is connected to the pendulum rod. The swinging pendulum thus arrests (and temporarily reverses) the scape wheel movement as each pallet engages a tooth. As the pendulum and verge rotate back, the first pallet disengages and the second pallet engages at the opposite side of the wheel. (b) A schematic of an anchor escapement. The scape wheel is mounted vertically in the plane of the pendulum and the anchor pivot is in the same plane above the scape wheel. The anchor pallets engage the teeth but since movement of the pallet is parallel with the tooth face, there is no recoil of the scape wheel. Energy is transferred to the anchor as the tooth slides off the bevelled edge of the pallet face. Picture and text courtesy of the Royal Society Publishing

During the 18th and 19th centuries, clockmakers continued to improve pendulum clocks. The deadbeat escapement invented in 1675 by Richard Towneley and popularized by George Graham around 1715 in his precision “regulator” clocks gradually replaced the anchor escapement and is now used in most modern pendulum clocks.

Observing that pendulum clocks slowed down in summer, clockmakers also realized that thermal expansion and contraction of the pendulum rod with changes in temperature was a source of error. The invention of temperature-compensated pendulums —  the mercury pendulum by George Graham in 1721 and the gridiron pendulum by John Harrison in 1726 — solved this problem. 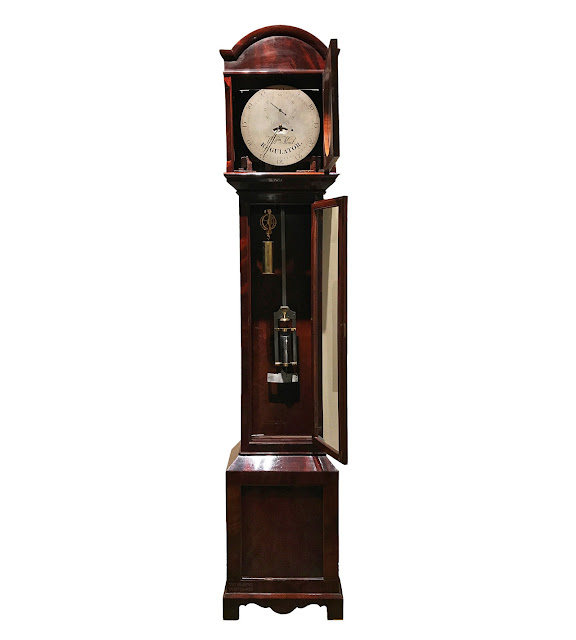 A rare regulator pendulum clock seen at the Soprana exposition: manufactured in England in 1790 by Will.m Kent, it is equipped with Graham deadbeat escapement and mercury compensation.

Pendulum clocks were replaced by cheaper synchronous electric clocks only in the 1930s, but they maintain intact their exceptional appeal, not only for their decorative and antique value but also for their ingenious mechanics.