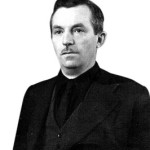 It all began on 10 October 1910, when Alfredo Giovanni Soprana learned the art of watchmaking at the master Santini of Varese. He specialized in 1911 at the historic Darin watchmaking in Vicenza. At the suggestion of his father he emigrates to Buenos Aires, where he makes his fortune thanks to his ability to model the thin glasses of the watches by means of photographic plates. Back in Italy, he built in the ’30s the minute hand of the bell tower of San Giovanni Ilarione. In 1940 he established his business in Valdagno, an area projected towards the future thanks to the Marzotto industries. 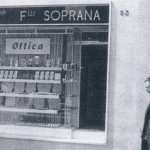 It is post-war Italy that marks the beginning of the Soprana brothers’ activity. In 1946, three brothers Adolfo, Roberto and Edoardo opened their first jewelery-watchmaking and optics in Valdagno in Corso Italia n ° 14. 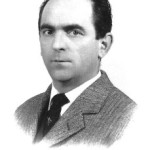 Ten years later Adolfo Soprana arrives in Vicenza and opens a watch and optical jewelery shop in Piazza dei Signori at number 53. It was 1956. So, more than 50 years ago, the adventure of the historic jewelery began, a journey that went through half a century by binding to the people and life of this city in every event, private or public. 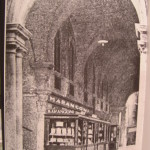 In 1973 Adolfo took over the ancient Marangoni jewelery, placed under the vaults of the Basilica Palladiana from 1770, and since then the company has moved under the “Palladian vaults” and has continued to invest in the new store, both from an infrastructural point of view and cultural. The Basilica thus becomes the heart of the activity of the Soprana who dedicate passion and energy to it. The children Fiorenza and Stefano also enter the activity. 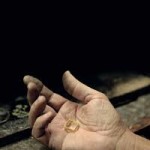 In 1989 the shop was restored after the acquisition of the Bersani company, the display windows passed from three to five, and the Jewelery Workshop was also created and the Soprana trademark was created for the production of jewelery. 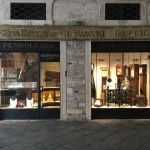 In 1995 Stefano and Adolfo opened the PENDOLERIA in the ancient Zanasco company, a place dedicated to furnishing horology. On this occasion, the Watchmaking workshop was also dedicated to the revision and restoration of these magnificent mechanical jewelry.

In 1997 the seven LAMEC showcases were restored, using them as display windows.

But the history of Soprana, in addition to a prestigious commercial adventure, is above all a journey of passion and love for the history of jewelry and watchmaking.
In recent years there have been many and repeated cultural occasions desired by the jewelry that has always been interested in concrete forms of neo-patronage conducting real cultural operations for the return of unique testimonies of the history of Vicenza. Soprana has always invested in culture, not only sponsoring but producing research, events, exhibitions, concerts, restorations. 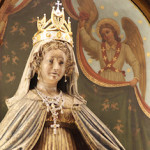 In 2000 the Master Goldsmith Giovenzio Posenato, who joined the Soprana team in 1990, carries out the complete restoration of the Crown and Pectoral of the Madonna di Monte Berico. On this occasion Stefano Soprana creates the historical-cultural book on restoration. 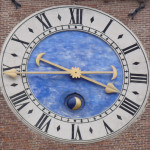 In 2003, with the acquisition of the company ZANETTI, the whole side of the square Palladio became a single store of 6 showcases thanks to the second restoration. 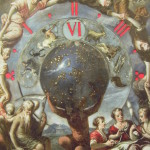 In 2007 Stefano Soprana gives life to the cultural exhibition at Palazzo Chiericati named “The Night Watches of the Popes” this exhibition explains the different readings of Time in the Bible and their applications in watchmaking.

In 2008, after the entry of the fourth generation with Matteo and Giovanni, ScrignoSoprana.com is born the new e-commerce showcase to satisfy the international customers. 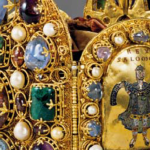 In the same year, on the occasion of the ninth edition of the Biblical Festival with the theme “Abiding in the Scriptures”, Soprana creates an edition “Jerusalem, eternal dwelling covered with gems” the meanings of precious stones in the bible. 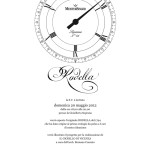 In 2011, on the occasion of the 150th anniversary of the unification of Italy, we created, in collaboration with Meistersinger, the “Soprana n° 6“, donating one to the President of the Italian Republic as a symbolic gesture. 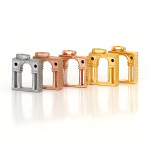 On May 21st 2013 the “Loving Palladio” brand was born from an idea of Stefano Soprana and his love for Palladian art, of which Vicenza is the home. 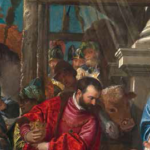 In 2014, on the occasion of the 10th Biblical Festival entitled “The Scriptures, God and man tell each other”, Soprana interprets the word in his field of specialization giving life to the edition “The jewel tells” the symbolic value of the goldsmith in Bible. 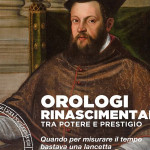 In 2015 the Soprana, Sorelle Ronco and Meistersinger give life to a unique collaboration for the realization of an exhibition entitled “Renaissance clocks between power and prestige“. 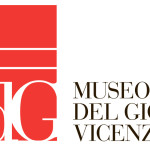 In 2017 the Museo Del Gioiello asked Stefano Soprana for the realization of the exhibition “INTRECCI PREZIOSI the chain between function and ornament”.