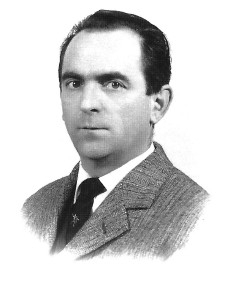 learned the art of watchmaking by his father Alfredo, he graduated in  optical in Florence in 1946 and with his two brothers opened a watchmaker–jeweler’s in Valdagno.

In 1956 Adolfo Soprana opened a new store in Piazza dei Signori in Vicenza and in 1972 purchased and moved the activity in the ancient jewelry Marangoni under the arches of the basilica Palladiana.

In 1985 the optical business was detached from that of watchmaking and jewelery and entrusted to his daughter Fiorenza thus giving birth to the current Optics Soprana and Marcato.