Around the years 1925, between the first and second world wars, the art deco style emerged – a name coined after the exhibition of the Decorative Arts in Paris. This defines the style that combines the simplified, stylized and geometric lines synthesis of various stylistic influences including the Cubist style, the Viennese Secession, the “ballets russes” of S. Djaghilev, the influence of technology and functionalism of the Bauhaus creating light, flat, angular jewels, suitable for the fashion of short skirts, mop hair and slender women.

In the mid-1920s, the fashion of black and white emerged and, therefore, the frequent use of black onyx and, in metal, of platinum.
An unusual material is used by the goldsmith of the Bauhaus Naum Slutzky who worked in addition to silver also chromed brass. In the setting sector in 1935 a novelty was introduced by Van Cleef & Arples who created invisible settings to create a mosaic effect with stones.

It is the first time that such a variety of colored stones has been mixed, cut individually to be adapted to the design: in fact during the period between the two wars the art of cutting gems reached a moment of maximum skill.

The biggest novelty in the production of jewelry, however, concerned the accessories. In fact, they became an essential element for the women of the time who wanted elegant and original handbags, powder bags and cigarette cases. The geometric style of art deco adapted well to their functionality and real jewels were made. The cheaper versions used less expensive materials such as knurled leather (polished and colored race or shark leather) and coquille d’oeuf (mosaic of crushed eggshells).

Around the 1930s, the Art Deco style expanded and adopted massive, more sculptural forms that anticipated the gold jewels of the Second World War era. 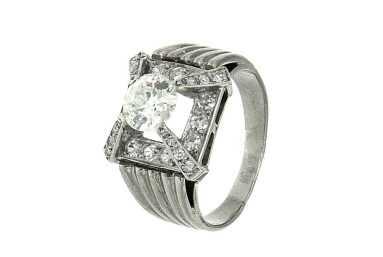 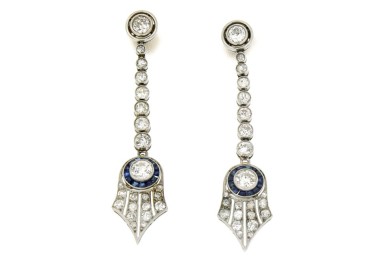 earrings in platinum, diamonds and sapphires 10015667 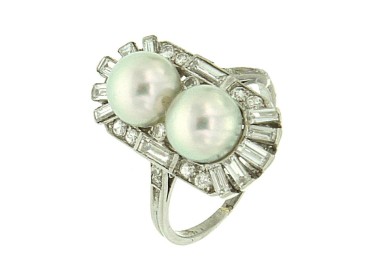 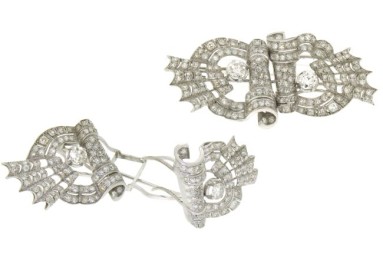 double brooch in platinum and diamonds 10004784 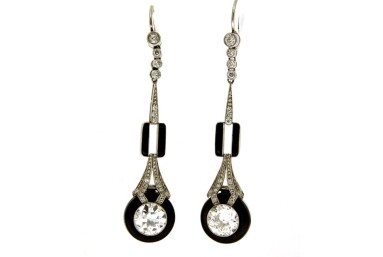 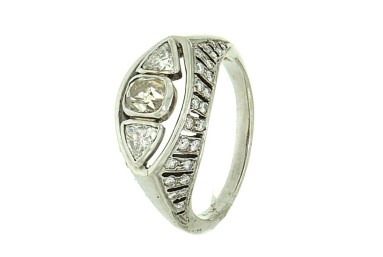 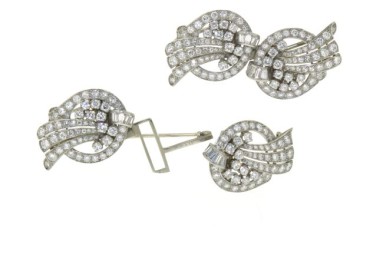